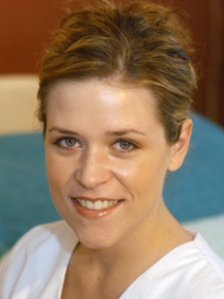 This has been cross-posted on Everyday Victim Blaming Project

Andrew Parsons has been found guilty and sentenced to life in prison for the brutal murder of his wife Janee Parsons. Andrew murdered his wife in front of their young son. The murder was captured on a dictation machine that Andrew had hidden under Janee’s bed to spy on her. He stalked his wife and then he murdered Janee.

Janee’s crime: having an affair and ending her marriage to Andrew. Andrew murdered Janee because she ended their relationship. Yet, the judge, Patrick Eccles, summation includes the following phrases:

“You were overwhelmed in my judgement by jealous rage.

“Nobody can predict the psychological harm which will be significant to your son.

“You were and no doubt are a good father, you will suffer for the rest of your life knowing the harm you have caused to them.”

Eccles has not only excused Andrew’s violence by labelling it “jealousy” and, therefore, abnormal, he has also chosen to claim that Andrew was a “good father”. Jealous men are not good fathers. Good fathers do not murder their former partners in front of their children. Any man who chooses to abuse or murder his (former) partner is not a “good” father. He is a violent man.

Janee Parsons was brutally murdered by her former husband, yet the judge has implied that it is her fault for making Andrew jealous.

There are no excuses for violence.

Jealousy is used as an excuse to diminish men’s responsibility for their violence.

Jealousy is used as a way of blaming women for their brutal murder at the hands of violent current or former partners.

Janee Parsons was brutally murdered. Her son saw his mother being murdered. They are the victims of this crime; not Andrew.