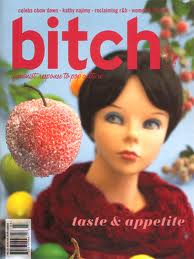 I’m really, really tired of the supposed joke “I’m a feminist, just not the hairy, man-hating Lesbian kind”. It creates a dichotomy between ‘good’ and ‘bad’ feminists wherein Lesbians in possession of their body hair, who are by default man-haters, are ‘bad’ feminists. It’s thoughtless, reductive, and, to be perfectly blunt, it’s lesbophobic.

Feminist Borgia has written an excellent critique of the concept which I highly recommend but, essentially, the entire basis of the “I’m not a man-hating, hairy Lesbian” is to make feminism palatable to men and reinforce women’s sexual availability to men. Frankly, the men who are feminist allies don’t need us to pander to their delicate sensibilities. They already get it. The men who don’t get it won’t get it whilst we throw our Lesbian sisters under the bus to make men feel important.

It is not funny. It is not clever and it is most certainly not a feminist act to use a “joke” which insults one group of women in order to placate men.

This is why I was really quite distressed to see Bitch magazine  using the trope whilst advertising for new freelance writers:

By focusing on gender issues and the media, Bitch acts as a tool-kit for all those who engage in social justice and feminist criticism (no, feminist is not another word for lesbian), and editors are looking for writers who can provide smart, thought-provoking commentary on pop culture.

This appears as a guest post by Bitch on the website FishBowl NY. I can’t access the full article so I cannot tell for certain if this is a direct quote from a staff member at Bitch or not. It does read as though Bitch are looking for freelance writers who are not lesbians. I’m sure this wasn’t their intention, but the inclusion of the trope does imply that Bitch has enacted a no-lesbian policy.

We will not succeed in liberating women by making jokes about our sisters or reinforcing Patriarchal stereotypes. By insisting that we aren’t “hairy, man-hating lesbians”, we are telling the Patriarchy that lesbians, women with hair and women with valid reasons to hate men aren’t worthy of our concern or our support.

That is not a feminism I support.

UPDATE: Bitch media was not responsible for the quote and has requesting that it be removed from the article.

UPDATE 2: I emailed Bitch with my concerns yesterday morning and received a very lovely reply back from them both apologising and stating that the quote did not come from a member of staff at Bitch.