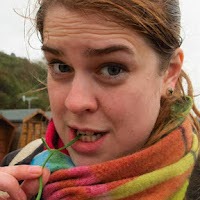 I’ve been rather open with my distaste at Russell Brand being invited to guest edit the New Statesman, and by distaste I mean horrified. It’s safe to say I have no respect whatsoever for Brand; a man who has “joke” called a rape crisis line during a show, phoned the grandparent of a woman to publicly and sexually shame his granddaughter live with Jonathon Ross and once sexually harassed a member of staff on his film set into displaying her breasts before he would do any work. None of these examples are of any comedic value. They are a clear pattern of misogynistic behaviour from a man who cares little about 50% of the population of the planet.

I objected to Russell Brand because of his behaviour, not because of his employment history. I objected because I like the New Statesman. They have some great women writers, including Sarah Ditum and Glosswitch. The New Statesman is one mainstream publication that I do read consistently and I objected to Brand because I do hold it to a higher standard than other media. Brand is the kind of commentator I expect on Sky News, not a magazine which has such a high standard of writing. The NS isn’t perfect and it does get stuff wrong; Brand being an obvious example.

This is why I was surprised to read Helen Lewis’s tumblr about the reaction to Brand as a guest-editor. It seems a rather lot of people objected to Brand because he’s a ‘comedian’. I have to say I find this utterly bizarre as an objection. Many of our great political commentators throughout history have used satire, irony and humour to make their point; even The Great Man himself: Shakespeare.* The entirety of the comedy panel shows produced in the UK are based on comedians making political points. And, you know: the Daily Show with John Stewart, This Hour has 22 Minutes and the Royal Canadian AirFarce: all of which are comedians fronting programs about politics.

Chris Rock is a comedian and a great political commentator. His tweets leading up to the last American election were fucking brilliant and, whilst I am unamused by his comments on the Kardashian sisters which are clearly based on sexism, he is far more qualified than Brand to guest edit the NS.

There are so many great women comedians who are equally important political commentators: Roseanne Barr, Kate Smurthwaite and Ruby Wax spring to mind.

I’m all for Brand being accidentally misplaced on another planet because of his behaviour. I am, however, equally bored of people dismissing ‘comedians’ as political commentators as if they only people who are entitled to have opinions are Oxbridge educated white dudes with trust funds.

Comedians have always made some of the  best political commentators. We just need to support the ones who do so without being misogynists like Brand [or racist, homophobic, disablist, classist etc.]

*Actually, I find the obsession with Shakespeare being the greatest writer who ever lived classist, sexist and evidence of some serious issues with imperialism and racism.

5 thoughts on “Comedians are some of the best political commentators: a response to Helen Lewis”