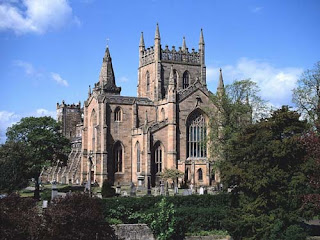 So, this has nothing to do with feminism or women. But, it fucked me off as a historian. It’s racist, ahistorical and just all kinds of stupid.

And, yes, I had to read that at least three times to understand that which ever tool wrote that blurb and the other nincompoops who approved it don’t believe that North America or Australia have a history more than 200 years old. Even if you were so unbelievably stupid and you went with the White Supremacists version of history, white people have been running about the North American continent continuously since the 1490’s. Hell, the first public school opened in Boston in 1635 which is just slightly more than 200 years old. There is even evidence of a Norse settlement in L’Anse aux Meadows in Newfoundland Canada which dates to about 1000 A.D. But, that’s only if you’re a white supremacist and stupid.

Those of us that aren’t clinically stupid may have heard of these people called the Indigenous Americans, the Inuit, Inuvialuit and numerous First Nations people who have definitely been strolling about North America for roughly 10 000 years. Australia too, funnily enough, was inhabited by non-white people for a rather longer period of time than white people have been there. I don’t know who wrote that blurb but they shouldn’t be allowed to write such racist shite. It’s embarrassing , arrogant and unrelentingly stupid. FFS, a semi-literate 6 year old with access to google could tell them they were wrong. How a group of adults got together and decided that was okay to print boggles my mind.

Not to mention, the whole insulting your customers isn’t the best way to encourage business. But, mostly, I’m pissed about the racism. And, before I get any white supremacist apologists leaving stupid comments, erasing the very real history and culture of First Nations is racism.
UPDATE: Dunfermline Abbey seems to have changed the link. Here is a link to the original post:
The full text is here:The tomb of King Robert the Bruce with many other royal and historical associations attracts tens of thousands of visitors each year. The Abbey Shop has a fine selection of Scottish visitor collectables.Each year approximately 30,000 to 35,000 visitors make their way into the Abbey Church and there are a variety of reasons why they do so.

Some visitors come to ask about the history of the Church and its connection with St Margaret, some are keen to know about Robert the Bruce or one of the other seven Kings of Scotland who are buried in the Abbey.

Visitors who are especially interested in stained glass also come to admire the magnificent windows, each by a different artist and from different dates. Each window has a story or a little secret hidden in it, remember to look for the tiny Bruce spider and try to find the Crown of Scotland hidden in a half open cupboard. Should you come to look at them remember to bring binoculars and you will be amazed at what you see.

The pulpit is a wonderful example of the craftsman`s art and it is much admired. Visitors marvel at the story that it tells and the quality of the workmanship. It is hard to believe that it cost £270 in 1889. Every once in a while a visitor can be found wandering around it looking longingly up – we can now tell when a visitor is a Minister nine times out of ten.

Occasionally, the interest is in the graveyard helping someone to look for a member of their family and it is wonderful when they are successful in locating a headstone or a plaque in the memorial chapel to someone they know. In 2008 visitors contributed to our Church the sum of £4,500 via the donation boxes and this is excluding the money they spend in the shop.

We always try to give our visitors a warm welcome to the Abbey Church and regularly the same people return and bring their families with them, even from as far as Australia.