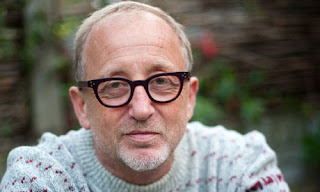 As the lovely Glosswitch stated on twitter earlier this week, the Guardian have managed to find the only literate MRA and have given him a job. Like Glosswitch, I’ve only recently come across Lott The Arsewipe but he’s like every other misogynistic fucknugget whinging about his penis and why women refuse to kowtow to it.

Lott belongs on the #DickheadDetox for a number of reasons starting with insulting his wife in the national press, whining about having to share “his income” with his wife, and reinforcing harmful gender stereotypes which are based on male control of women. What concerns me the most is the sheer number of red flags for domestic violence within his columns. Lott’s construction of his relationship is one in which he has control; that is not normal and it is not healthy. It is disgraceful that the Guardian is giving space to a man who writes such twaddle.

For an excellent takedown of Lott’s nincompoopery, do read Glosswitch’s blog. I’ve reblogged a section below but the entire piece is a must read:

Using a central scene in the film as a springboard, Lott offers up a self-important analysis of what he calls the difference between “acceptance” (as displayed by him) and “resignation” (as displayed by his morally inferior wife). While acceptance is “a wholehearted, positive acceptance that no one can be everything you want them to be” (and “is hard”), resignation is “the refusal to take on board the fact that people are different from you and, anyway, you cannot cast the first stone unless you are without sin yourself”. While Lott generously allows that his wife might have “more to complain about than I do”, he argues that “one thing she doesn’t have to put up with — by and large — is me complaining about her”. Since he doesn’t add “except in the pages of a national newspaper” I’m assuming the irony of the whole character assassination has escaped him (and yes, I know I’m having a go at Tim myself, but then I’m not the one preaching bloody “acceptance” in the first place).
I’ve since learned that on all matters domestic, but especially those involving the humiliation of one’s nearest and dearest, Lott has form. Last week’s piece was called Money – the biggest taboo in a relationship, and in it, Lott discussed the apparent complexities of earning more than one’s wife when she happens to be doing more of the unpaid domestic labour. You and I might think “just share the bloody money” but apparently that’s “archaic” and Lott isn’t “quite sure what would be a better alternative”. Hence while he’s waiting for that alternative to appear, he keeps more money for himself and “if there’s a big expense, say a foreign holiday or house improvements, I tend to have the last say”. But don’t worry – it all balances out in the end:

My wife says that my having more money than her makes me feel powerful. She’s right – up to a point. It gives me an area of control, although I don’t think I use it in order to control. I just think some form of imbalance is inevitable. When it comes to the house and children, my wife enjoys virtually total authority.

The point that Lott seems to miss is that while his wife may have “authority” over the dirty socks, that’s because it’s become her job (in case you’re wondering, Lott shrunk a sweater in the wash once and is therefore incapable of helping). It’s the same type of “authority” Lott has over his writing. It’s not the same as the reward. It’s not the same as the fundamental freedoms that financial autonomy brings. I suspect deep down Lott knows this (how could he not?) but is playing dumb.
…
I imagine there are members of the men’s right’s “movement” who’d consider Lott too “Guardian” to really be one of them. They’d be wrong. He’s the perfect example of the way in which, via Essential Difference neurosexism, Fathers 4 Justice grandstanding and hype over male underachievement, the men’s rights narrative of resentment has become mainstream. It could be there at your own dinner table. Don’t listen to it. Achieving the right balance is difficult in any household but we can all do better than resignation, acceptance or whatever someone who claims to speak for you is telling you to call it.

2 thoughts on “#DickheadDetox : Tim Lott’s Ode to Domestic Violence in the Guardian”