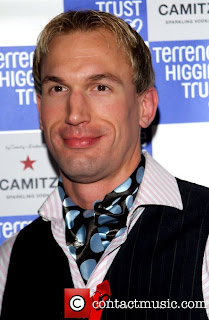 Dr. Christian Jessen is on yet another misogynistic spree on twitter. He does this frequently as he really, really dislikes it when women challenge his knowledge. I first came across him nearly 18 months ago on twitter. I knew about his reality TV show but I had never watched it since I think all reality TV is exploitative and hateful. His “Embarrassing Bodies” is up there with Gok Wan on the misogynistic body-shaming stakes.

I would have ignored him completely had a member of Mumsnet not retweeted a particularly nasty comment of Jessen into my twitter feed. Basically, Jessen had called into question the fuckability of women with leg hair. This was, apparently, the appropriate response to a member of Mumsnet tweeting Jessen to point out his information on breast feeeding was incorrect. Jessen was helpfully suggesting that breastfeeding “ruined” women’s breasts. Ignoring, the misogynistic body-shaming in that statement, it’s actually also not true. The rapid weight gain and loss during pregnancy changes the shape of women’s breasts. There is also research that suggests that breast-feeding helps women retain the shape of their breasts but, actually, that bit is irrelevant.

Dr. Christian took to twitter to make factually incorrect statements about breast-feeding and dismissed the women questioning him as unfuckable due to their leg hair.

He then proceed to suggest that breastfeeding was kind of creepy, which is also not exactly a pro-woman stance. A pro-woman stance on infant feeding is to ensure that women have all the correct information and support so that they can then choose the option which works best for themselves and their baby. Suggesting breast-feeding makes women unfuckable by ruining their breasts is misogyny.

Now, I totally would have ignored him as yet another obvious misogynistic troll had Jessen not gone to suggest that the women questioning him were “hysterical”. As you can imagine, I did not take kindly to that suggestion.

Nor did I find Jessen’s suggestion that we should thank him for giving us a platform in which to air our views.

Because Jessen, clearly, invented both twitter and the internet.

Because without Jessen us poor “girls” (as he dismissively refers to us) couldn’t possibly have a public platform in which to discuss our views.