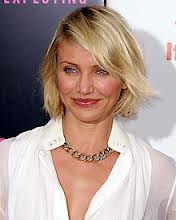 I probably would have ignored this story if it hadn’t been for this article in the Huffington Post. Cameron Diaz’s comment to the Sunday Times suggesting that its healthy for women to want to be objectified is, well, stupid and arrogant. But, we all say stupid and arrogant things from time to time, so, whilst her comment pissed me off, I was going to let it slide. Diaz clearly does not speak for most women; even those who’ve bought into the “empowerfulising” discourse [here’s a hint: if a man doesn’t have to do it to be empowered, it’s misogynistic bollocks]. These kinds of comments just reinforce Patriarchal constructions of women’s sexuality and are best ignored.

As I said, I would have ignored it if it weren’t for the daft article in the Huffington Post which ends with this:

The comments are sure to raise some eyebrows — just as her recent interaction with Robert Pattinson raised a few.

Earlier this month, it was reported that the actress was spotted flirting with the 26-year-old “Twilight” star, who recently reconciled with his girlfriend, Kristen Stewart.

“She was pretty obvious,” a source told Us Weekly. “Cam was seated next to Rob at dinner. She was touching his arm, doing her big Cameron laugh at everything he said and trying really hard. He was polite, but not having it.”

I’m struggling to work out what the link is between Diaz spouting some dire “choice” feminism twaddle and her possibly flirting with a man who may or may not be in a relationship. I’m not googling to find out because I genuinely don’t care if he is in a relationship or not. What I do care about is the constant reinforcement of slut-shaming in our rape culture. The Huffington Post piece pretends to be impressed with Diaz being confident in her own sexuality, whilst snidely swiping at those who object to Diaz’s statement, and then it slaps Diaz back into place. The hypocrisy in one piece is breath-taking.

God forbid a woman find a man sexually attractive. And, tell him so. I am so fucking over this slut-shaming arsehattery.

Yeah, I think Diaz’s comments were stupid and arrogant but I’m angry with what she said; not because she may like having sex. Or, may have decided to hit on some guy. It’s not relevant and it has nothing to do with the story except as a silencing technique.

Oddly, The Huffington Post posted an article by Nico Lang in defence of Kristen Stewart and the serious slut-shaming she faced after kissing someone who was not Robert Pattinson back in September. I think there a few people who need to revisit that article.