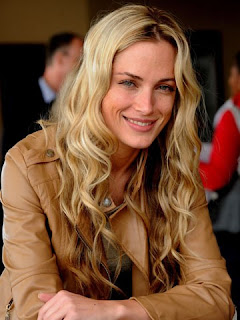 The Guardian is currently running a particularly distasteful article which claims that Oscar Pistorius “wants to contact” the family of Reeva Steenkamp. The only part of this article which isn’t offensive is that they’ve actually remembered to name Reeva Steenkamp; the woman Pistorius murdered by shooting her 4 times. The fact that I am actually grateful that the Guardian remembered to name Steenkamp makes me so very angry.

Hannah Curtis wrote a very powerful blog on Steenkamp’s murder and the real consequences of the media’s objectification of women last week. This Guardian article is precisely what Curtis was outlining in her piece: the Guardian has just published what is effectively a PR statement which completely minimises Pistorius’ responsibility for murdering Steenkamp whilst simultaneously piling the guilt onto Steenkamp’s family to forgive him.

This is the hateful nature of our celebrity culture and our obsession with forgiving the violence perpetrated by male celebrities: instead of focussing on the murder of a beautiful, intelligent and amazing woman whose family and friends are desperately grieving her loss, our media is running stories written by PR firms.

I think it’s past time our celebrity-obsessed mass media culture is destroyed.

Hannah Curtis has started a petition here to force for the Sun to apologise for their disgusting coverage of the murder of Reeva Steenkamp. Please sign it.

I am so very angry at the reporting of the murder of Reeva Steenkamp. The hypocrisy and women-hating of our media never fails to shock me.

I have written numerous times on the issue of personal responsibility in maintaining the women-blaming rhetoric in our celebrity- obsessed mass media culture; the hypocrisy of the British press publishing nude photos of some celebrities without consent whilst whining about other news media publishing those of others. I’ve written about the mass media’s sensationalising and eroticising male violence for entertainment purposes and of the harmful nature of “women’s” magazines. I’ve written about the links between reality television, bullying culture and the lack of personal responsibility in the Huffington Post.

The media response to the murder of Reeva Steenkamp by her partner has been just as offensive as every other story of the murder of a woman by a man. The failure to name Reeva Steenkamp and the rendering her as an object has even surpassed even my cynicism of the media’s desire to reinforce rape culture and VAW. I’m not going to link to the picture in the Sun or the article in the Daily Mail since both have been shredded on twitter this morning. And, really, no one expects much from either since they both stopped publishing the news years ago.

So far, I’ve only read two articles on the murder of Reeva Steenkamp which weren’t offensive: Mother Jones wrote about it relation to the issue of gun violence in South Africa whilst the F-Word UK wrote about the sensationalising and obfuscation of responsibility of VAW committed by athletes. It is utterly pathetic that the mainstream media has not managed to report this case with anything approaching empathy.

Do feel free to tweet your anger to @rupertmurdoch

There is a petition here demanding that the Sun apologise for their front page.

Sian and Crooked Rib has written a form letter here.

There are other suggestions for activism here.

Please make a complaint to the Press Complaints Commission. As EVAW has been tweeting, you can use article 12 of the Code of Practise to make your complaint.

More importantly though, we have got to start taking personal responsibility and stop financially supporting the media outlets which perpetuate VAW as entertainment. There is no point in complaining about the Sun running such an offensive front page if people are clicking on it which increases their advertising revenue. The same goes for the Daily Mail. Complaining about the hateful nature of celebrity culture  whilst financially supporting it is hypocritical.  If we genuinely want to stop this shit from being published, we need to stop buying the Sun, Daily Mail, Heat and OK Magazine. We need to stop financially supporting a culture of bullying vulnerable people for entertainment.

The Sun may have chosen to run an offensive picture but they did knowing full well that people will buy it.

We need to force our media to cover actual news without glorifying male violence.

Here are some very good criticisms of the treatment of Reeva Steenkamp within mainstream media:

Helen Lewis in the New Statesman
Marina Hyde in the Guardian
Jane Fae in politics.co.uk