No woman deserves to be raped is a statement that should need no qualifier. Every day we see excuses made for perpetrators and women, children and men blamed for their experiences of domestic and sexual violence and abuse. We highlight inappropriate, offensive or misleading language presented by the media. Despite our daily experiences of victim blaming, there are still days when we are shocked by the depth of hatred for women.

This article appeared in the Chicago-Sun Times. We have reproduced the entire document as it exemplifies everything wrong with rape culture:

Mary Mitchell has made it very clear that she does not view women in prostitution as real women. It is also abundantly clear that Mitchell has no understanding of rape culture or victim blaming culture.

The Chicago-Sun Times must remove the article immediately and issue a full apology. We suggest Mitchell undergo specialist training before being allowed to comment on rape cases again.

No woman deserves to be raped is not a difficult concept. It’s time the media be held accountable for erasing perpetrator’s responsibility for their crimes and for pretending that some women don’t count. 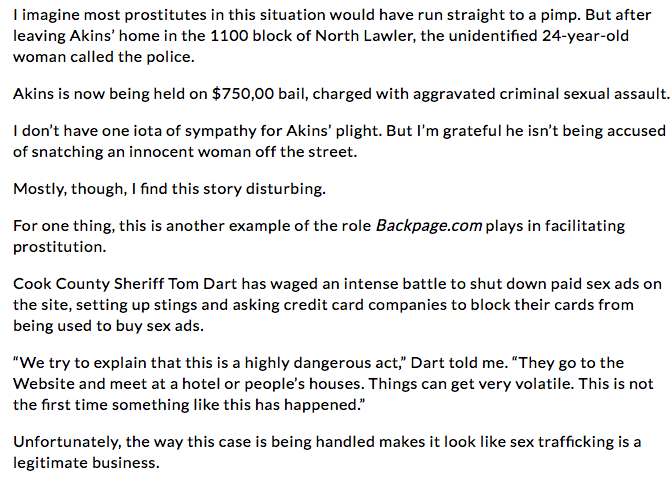 Columbia University, following the age old tradition of pretending rape doesn’t exist on college and university campuses across the US, has felt the need to celebrate Sexual Violence Prevention with CAKE! Because nothing says we take the safety of our female students seriously like cake.

Al Jazeera has recently published a damning indictment of sexual violence on American campuses with colleges replacing the term rape with non-consensual sex. There are countless examples every year of universities not punishing rapists appropriately and effectively stating that men’s rights to a post-secondary education are more important than the safety and post-secondary education of women.

This is rape culture in action: popping a cake into the canteen as an “awareness” raising comment which basically congratulates men on being rapists whilst helpfully telling rape victims that all they deserve for being a victim of a violent crime is a piece of cake.

Our young women deserve the right to access education without worrying about their rapist living down the hall from them. Men need to learn that rape is a serious crime with long-term consequences which should include immediate expulsion from university (and a long jail sentence).

All university staff need to have mandatory training in sexual and domestic violence awareness, and not by RAINN who do a great number in victim blaming. Universities need to use the term rape and not “non-consensual sex”. They also need to fundamentally rewrite their policies on dealing with violent crime so any reported is handled by the police and not the university. Expulsion can be the only appropriate punishment for sexual violence.

And, seriously, whoever thought this cake was a great idea needs to stop drinking the stupid kool-aid. 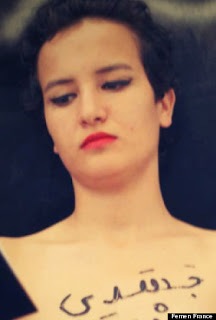 And, yes, you read that right.

Facebook deemed a page by Human Rights Watch so hateful that it contravened their official policy on “offensive” material. You know, their policy which allows violent pornography, images of abused children and women, racism, homophobia, disablism and rape threats to remain as “free speech”.

Human Rights Watch‘s crime: requesting the Tunisian government grant feminist activist Amina Tyler pretrial release, as she is entitled to under the law. Amina Tyler, whose only crime was writing Femen across her bare breasts and posting the image on Facebook, has been detained since May 19th. Tyler’s photo did not contravene FB’s standards despite the fact that images of infants breastfeeding does.

Human Rights Watch are a subversive group because caring that no human be tortured, imprisoned, raped or murdered for being human now contravenes Facebook standards. We have arrived at the point where “free speech” only applies to violent men. Those who campaign for the protection of vulnerable people from male violence have no legal right to free speech.

Welcome to the Patriarchy where Feminist activism is required to ensure that internationally recognised human rights organisations aren’t deemed “offensive”.

Nadine Dorries has secured a 90 minute debate spot on abortion on Wednesday October 31 at 9:30. She is asking for the limit for abortions in the UK to be reduced from 24 weeks to 22 weeks. This is just a debate. There will be no vote, however, Dorries is using this as the second stage of her attack on abortion rights. Her next stage is a full parliamentary debate in the Spring of 2003 where Dorries would like to decrease the time limit on abortions to, at the most, 20 weeks. Considering the support Dorries already has from the Health Secretary Jeremy Hunt, this is quite clearly a concerted attack on women’s bodily autonomy. Women in the UK already do not have the right to abortion on demand. Women in the UK need greater access to abortion without judgement. We can not allow Nadine Dorries continue her War on Women’s bodies.

Please write to your MP today to ensure that they vote to keep the abortion limit at 24 weeks. There is an excellent form letter available here on Edinburgh Eye’s blog.

Petition here to end the legal requirement for two doctors signatures for a woman to access an abortion. 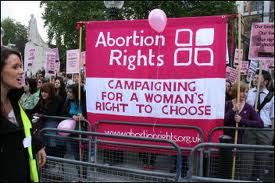 I first heard of this case via @AlexpolisTigers. Frankly, it’s exactly why I think “legalising” prostitution is nothing more than a pretence at caring about women and is really just about protecting men’s rights and access to women’s bodies whenever and wherever they want. This particular case covers the whole gamut of abuse of women’s bodily autonomy, right to privacy and basic human rights. These 17 women have been accused of “intentionally causing serious bodily harm;” 12 of these women suffered the further indignity of having their names and photographs published on the Greek Police website. What is that if not a disbelief in the basic humanity of women? It is not yet clear that these women even knew they were HIV+ before being arrested. It’s also pretty clear that this “crackdown” on the possible transmission sources due to the increase in HIV infection in Greece is only targeting the “bad”: that would be female prostitutes and IV drug users. Who, precisely, the Athens police think are infecting these women with HIV is clearly open to debate since it’s obviously not the misogynists who believe they are entitled to purchase women’s bodies to abuse. It’s also not in the least bit surprising that the women being arrested are women from Eastern Europe, most of whom will have been victims of sex trafficking [no doubt by the same criminal organisation responsible for the availability of illegal narcotics]. It’s that lovely combination of race, sex and class rearing its head. Again.

I am not sure what we can do to help these particular women but this is precisely why we need to fight against the normalisation and legalisation of prostitution. Legalisation does not “help” the women involved; it does not increase their protection and, frankly, it just ignores the structural inequalities of poverty, physical and sexual abuse, substance misuse and mental health problems that result in women ending up prostitution. After all, prostitution is legal in Greece and these 17 women were all arrested working in “illegal brothels” which far outweigh the number of “legal brothels”. If we gave a shit about these women, we wouldn’t be legalising prostitution. We would be building a real safety net to protect all vulnerable people: like the one the lying, despicable ConDems have just eradicated.

Prostitution is torture and we need to stop pretending it isn’t.

Some resources on the harm caused by prostitution:

Rebecca Mott: The Men Inside of Me

Not For Sale: Survivors in Revolt Blog