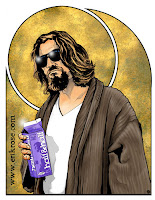 Left-wing men are the worst hypocrites for normalising violence against women. You expect misogyny from right-wing conservatives who are anti-abortion, slut-shaming arsewipes. But, it’s those men who think they are the Dude who are the real problem in rape culture. It’s celebrities like Leonardo Dicaprio and Colin Farrell who hang out at the Playboy mansion who normalise the patriarchal construction of women as fucktoys. It’s Hugh Hefner who thinks his financial support for Roe vs Wade makes him a Dude [cus, it had nothing to do with him being allowed to fuck as many women as possible without consequece]. Or, Rolling Stone magazine who have Charlie Sheen as their cover story despite his clear history of serial domestic violence and his abuse of prostitutes [not to mention glamourising his descent into drug addiction]. It’s Roman Polanski and Chris Brown being given standing ovations despite taking no responsibility for the very serious crimes they committed. I never see mentions of Sean Penn’s arrest for domestic violence mentioned in articles lauding his status as a Dude. PETA have given props to Tommy Lee for his financial support whilst conveniently ignoring his convictions for domestic violence against his now ex-wife Pamela Anderson. Anthony Kiedis, noted supporter of Barack Obama and PETA, isn’t exactly boyfriend material with his personal history of VAW [not to mention the lyrics to The Adventures of Raindance Maggie are on the wrong side of the rape apologism debate]

Really, though, the nincompoops who support Assange because he runs Wikileaks whilst insisting that he couldn’t possibly be a rapist because he runs Wikileaks are the real hypocrites. The level of paranoia and serious congnitive dissonance [not to mention general stupidity] involved in their leaps of illogic are something spectacular. This was posted on the Wikileaks Twitter feed this week:

WikiLeaks @wikileaks Despite not even being charged, Assange is the most rape-smeared man in modern history. 2x to 4x that of DSK, depending on how you measure.

It’s just a #facepalm moment. Now, I haven’t read the whole of this blog but the first bit was enough to make me think the author was a dingbat with some serious paranoia issues. And, I’m sorry, but hiding out in the Ecuadorian embassy in London whilst having a tantrum about being questioned [and not arrested] just makes Assange look like a complete prick [not to mention guilty]. Assange supporters could join with Ched Evans supporters and form a supergroup of whiny-arsed, stupid nincompoops with serious delusions of grandeur. We could call them: The Quintessential Nincompoops.

It is perfectly possible to campaign against racism or investigate corruption in government or be an environmental activist and still be a misogynist and rapist. The Occupy Movement went out of its way to disassociate itself from the women who were raped in their camps in Glasgow, New Haven, London, Baltimore, Cleveland, and Dallas [and the list goes on]. These Dudes implied, rape after rape, that the women weren’t actually “involved” in the movement or were “vulnerable” and shouldn’t have been there, or were “prostitutes”. Because, women who get themselves raped clearly brought it on themselves by being vulnerable or prostitutes or pretending to be activists. Or, some other fucking misogynistic horseshite. It just made it easier to for the right-wing arseholes in government to dismiss the entire movement.

It would be nice if those men who self-identify as “Right-On Dudes” got off the hypocritical bandwagon in behind the anti-choice, slut-shaming arsewipes and started taking the systemic violence against women seriously. Feminism needs more men who are willing to stand up in the fight against domestic violence and sexual violence. But, we need men who aren’t hypocrites. We need men that understand the systemic nature of VAW and who are willing to start changing the misogynistic discourse which places all women on a spectrum of Patriarchal Fuckability. We need men who do understand that Hugh Hefner’s “relationship” with his multiple girlfriends were abusive. We need men to understand that abusing the body of a prostitute is VAW; that pornography is VAW.

We need men who understand that misogyny is just as harmful to society as racism, homophobia and disablism are.

We need men who aren’t hypocrites.

2 thoughts on “The Hypocrisy of Left Wing Right-On Dudes.”