Katy Perry expressed an opinion publicly. Obviously, this was a rookie mistake since we all know that women are simply not allowed to express their own opinions. As such, Katy Perry was threatened with both physical and sexual violence. So, she apologised.

Katy Perry expressed dislike for one song and the 17 year old rapper responded to her with threats of physical and sexual violence and she was forced to apologise.

We are actually at the point in our culture where a 17 year old boy thinks its acceptable to threaten a woman for disliking his song.

I have never heard of the rapper before but I’m adding him to the #DickheadDetox. These men need to learn to take responsibility for their words. Frankly, I’m rather hoping Perry changes her mind and charges with threatening behaviour. 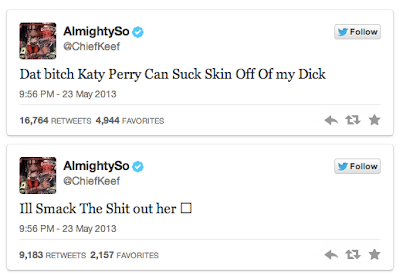 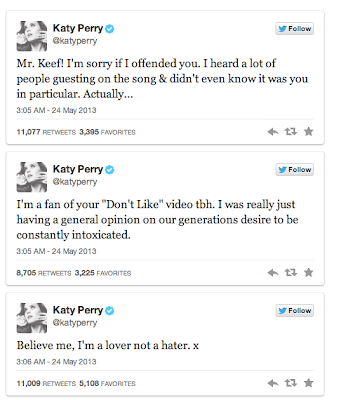 (Both screenshots are from the article at Policy Mic)