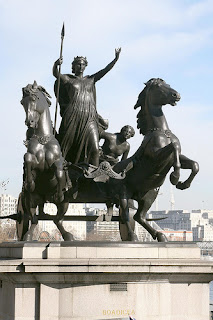 Well, to be completely honest, I’ve never actually had an opinion on who should be on the #banknotes since I have never actually noticed who was on them. But, that’s the beauty of feminism: we aren’t the Borg. Feminism is full of brilliant and inspiring women who question everything. We need campaigns like #banknotes and Everyday Victim Blaming and the Name Equality Campaign as much as we need Rape Crisis, Women’s Aid and Women Under Siege.

So, why my nitpicking over which woman gets to be on the £10 note?
I’m a huge Jane Austen fan and until last night I was perfectly happy with Austen. She’s a brilliant writer: funny and snarky. She also published under her own name, which remains pretty fabulous. I only changed my mind after seeing the sheer amount of misogynistic abuse and one rape threat that feminist campaigner Caroline Criado Perez received for her campaign to ensure that a woman remained on English banknotes.
I want Boudicca to serve as a symbol of what happens to women when they question the Patriarchy: Boudicca was flogged and her daughters raped for questioning the right of the Roman Empire, an emblem of male violence and patriarchal control.
Jane Austen remains one of my favourite authors but I want Boudicca to serve as a Fuck You to all the men who insulted and threatened Caroline yesterday. I want Boudicca to serve as a reminder to all the men who stood up for Caroline that this isn’t a one-off. Male violence, and the threat thereof, is constant.
We all need a reminder of what is at stake for women who question the Patriarchy. 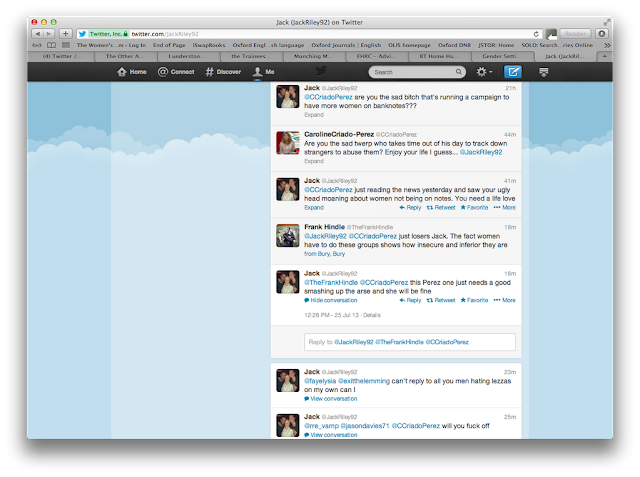