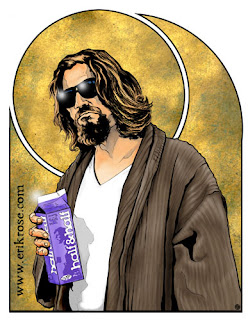 Because, obviously, there can never be enough left-wing dudes supporting the Patriarchy. Chris Brown is apparently busy this week so Zack Braff has donned his Patriarchal Chain Mail in order to ensure that women understand that we are nothing but liars who like to be sexually harassed. Because, if we weren’t told at least twice a day, we might get confused and think we have opinions. Or, even more shockingly, believe we are human. I am so glad Braff took time out of his busy life as a misogynist in order to remind me that, as a woman, I am nothing more than the punchline.

I mean I don’t actually expect Braff to not be sexist. I’ve seen Scrubs. It was a serious pile of misogynistic twaddle dressed up as humour; you know, that excuse that all sexist bucketheads use as a reason for being arseholes. I still have nightmares about the episode where all the characters go off to some beach for a wedding and everyone makes fun of Carla for being “mumsy” and not sexy enough. She was pregnant with a young infant AND had serious post-natal depression but an entire episode was built around her being unfuckable because she wouldn’t wear a bikini. But, it all ended okay because Carla put on that bikini to service her man. So, Braff, has always been on my list of misogynistic arseholes.

But, really, does he have to use twitter to reinforce the whole women as liars trope. Since @weekwoman (among others) challenged him last night, Braff has deleted some of the more offensive tweets like:

@zachbraff“Ugh, I hate it when men look at my ass on the Stairmaster”- #WomenLies“

He did leave up:


Oh, and before someone brings up the issue of “Free Speech”, free speech is about the right to criticise governments and political structures without censure or punishment. It is NOT the right to be an offensive jackass just for the sake of it.