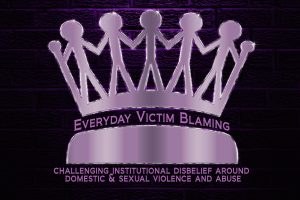 Media discussions of male violence against women focus on the actions of the victim rather than the perpetrator. How can we challenge this narrative using survivor’s testimony without putting them at risk of online harassment?

“If I was Ched Evans i would find that whore and actually rape her this time!!”

This is one of the many abusive and threatening messages directed at the victim in the rape trials (and appeals) of footballer Ched Evans’ over the past 4 years. She has experienced an incessant barrage of abuse and threats of physical and sexual violence via Twitter, alongside a deliberate smear campaign including repeated breaches of her anonymity. She has also received a tremendous amount of support from women across the UK. Her experiences demonstrate both the importance of centering the voices of survivors, who are frequently disbelieved, but also the limitations, particularly with the development of social media platforms predicated on notions of ‘free speech,’ that allow survivors of rape to be labeled ‘a fucking cunt’ or ‘lying psycho bitch’.   Social media platforms have, to date, been unwilling to have honest discussions of the reality, representation, and ubiquity of male violence against women and girls, despite a recent EU report that suggests 1 in 3 women between the ages of 18-74 have experienced sexual or physical violence. …

These are just a few of the ways that you can support women’s services during the 16 Days of Activism to Eliminate Male Violence against Women and Girls.

You can find the address and contact details of your local councillor via  WriteToThem.

This post was originally published on Everyday Victim Blaming.