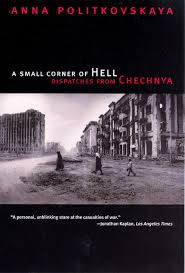 It feels like I have read this book a thousand times. This is just another war with another brave woman crossing into hell to report on genocide, mass rape and the real consequence of capitalism. I have read it a thousand times reading testimonies of Holocaust survivors – Odette Abadi, Eva Brewster, Ruth Elias. I’ve read it when the countries named were Rwanda, the Democratic Republic of Congo and Bangladesh. I’ve read Linda Polman’s catalogue of failures of UN peacekeeping forces in Somalia and Haiti. I have read it in Beverly Allen’s Rape Warfare: The Hidden Genocide in Bosnia-Herzegovina and Croatia  and Anne Llewellyn Barstow’s War’s Dirty Secret: Rape, Prostitution, and Other Crimes against Women. I have read Judith Zur’s research into memories of violence among Mayan Indian war widows. I have read about the Rape of Nanking and the slaughter of civilians at Mai Lai. And, I read every blog posted on Women Under Siege about Burma, North Korea, Libya, Sri Lanka Darfur and countless other war zones where sexual violence is an intrinsic part of genocide. I have read feminist texts like Beatrix Campbell’s End of Equality  which demonstrate the direct link between capitalism and the oppression of civilian populations through sexual violence and war.

Anna Politkovskaya’s text is powerful, distressing and enraging. It is a catalogue of torture, murder, rape and the acceptability of concentration camps all whilst the rest of the world looks on and does nothing. It is about men’s desire to exert control and power: to control natural resources, including people. We allow children to starve to death and grandmothers to perish from preventable diseases despite having the ability to prevent them because it would interfere with men’s desire for power.

We upgrade to an iPhone 5 when our iPhone 3 would work just as well because we must have the newest toy; never mind that this desire continues the war in the Democratic Republic of Congo. We see thousands of boys conscripted into armies to fight other boys and taught to rape to build bonds of brotherhood so that a few men can control a mine. We buy from Tetley, despite their perpetuation of the modern slave trade. We buy new clothes ever 3 months even though we know that there are women and children working in subhuman factories making them. We fight a “War on Drugs” which serves only to make weapons manufacturers richer.

After the Holocaust, the world swore “Never Again”. And, it’s happened over and over and over and over again. We owe the millions of people who have been brutally tortured, raped and murdered in wars across the world to, at the very least, acknowledge their experiences. We owe it to them to make sure their lives are heard. Politkovskaya’s text is essential reading because we cannot continue to pretend that civilian casualties and male violence are normal behaviour. We cannot turn our backs any longer to human rights abuses that we support financially through our purchase of laptops and tea.

Politkovskaya documented genocide and was murdered for her work.

Two weeks ago, 200 young girls were kidnapped in Nigeria whilst the world looked away. Some have escaped but many remain missing. And, the media does not cover the story.

Our planet is dying from abuse and our most precious resource, people, are being slaughtered in the name of the capitalist-patriarchy.

A Small Corner of Hell: Dispatches from Chechnya is a must read because we cannot live like this.