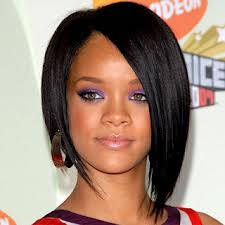 Yet another day. Yet another unpleasant, inaccurate, victim-blaming piece of twaddle written about singer Rihanna and her relationship with rapper Chris Brown who, in 2009, was convicted of assaulting Rihanna.

This time, it’s Sarah Tetteh in The Huffington Post not only minimising Chris Brown’s responsibility for his own violent actions but suggesting that Rihanna, and women like her, are partly responsible because they are attracted to “bad boys”. Frankly, Tetteh’s suggestion that “everybody likes a bit of a bad boy” speaks to her own experiences and socialisation within the Capitalist-Patriarchy rather than a truism for all women; no matter how much she would like to believe it. And, I’m sorry but since when is a man who doesn’t commit domestic violence a “drip”? Our culture may glorify male violence but that doesn’t mean we have to buy into the discourse that “real men” are violent men. Having tattoos and carrying guns does not mean women deserve to be assaulted by their intimate partners. Being a “real man” shouldn’t involve violence.

Interestingly, Tetteh only refers to 3 African-American couples when referencing “volatile couples” in the entertainment industry. What about Tommy Lee and Pamela Anderson? Or, Sean Penn and Madonna? Or, Charlie Sheen and Brooke Mueller? Charlie Sheen and Denise Richards? Charlie Sheen and Brittany Ashland? In terms of violence against women, Charlie Sheen’s twenty year history of multiple convictions against numerous partners including the “accidental” shooting of Kelly Preston rarely gets a  mention. Edward Furlong has an equally long history of domestic violence against multiple partners and his name is never mentioned either. MVAW (male violence against women) is endemic in the entertainment industry and it isn’t just limited to African-American men; no matter how many people try to minimise the behaviour of white male celebrities.

No feminist ever would suggest that Rihanna “is being weak and a victim for going back to Brown”. Feminists are more than aware of what domestic violence actually is since they are the ones who campaigned and fought for refuges, criminalising rape in marriage and forcing police and prosecution services to take domestic violence seriously. Feminists understand trauma bonding; something Tetteh is clearly unaware of. Honestly, anyone who can make claim that feminists think victims of domestic violence are “weak” either knows nothing of feminism or is deliberately lying.

Rihanna is just a young woman trying to survive in the Capitalist-Patriarchy the best way she can. How about we save our ire for men and the political and cultural structures they created which glorify male violence?

How about we just stop blaming Rihanna for Chris Brown’s violence?

3 thoughts on “Could We Please Leave Rihanna Alone? Or, at least, try to pretend we know something about Domestic Violenc”