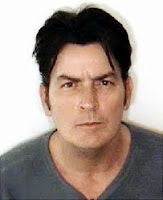 Charlie Sheen’s networth, according to google, is somewhere in the vicinity of $125 million.  Most of this he has earned after committing numerous physical assaults on a number of women. When people babble on about how men face public humiliation for committing domestic violence, just point them to Sheen who has literally financially profited from committing violence.

There are so many examples of violence perpetrated by Sheen that I could list, these are just some of the “highlights”:

I have included links to all stories and it is worth reading all of them to see how ingrained victim blaming and the minimisation of male violence actually is. Brittany Ashland and Capri Anderson are both adult film actresses and much of the press focuses on their jobs rather than Sheen’s violence; as we all know women in the sex industry always deserve what they get. * Brooke Mueller and Denise Richards also deserved for having the gall to marry Sheen. You see, it’s their own fault for marrying Sheen in the first place. And, then having the gall to bear his children.

There are lots of references to Sheen’s alcohol and drug addiction. They are always referred to as mitigating factors rather than evidence of Sheen’s destructive behaviour. After all, Sheen was only fired from Two and A Half Men using after insulting The Man in Charge rather than his years of substance misuse and violence. Assaulting women is just not as an important a crime as calling your boss a “clown”.

And, it’s not like violence had a negative impact on Sheen’s career. His salary for Two and A Half men was over a million dollars per episode. After being fired, he jumped straight back into sitcom-land with something called Anger Management.

Sheen has very rarely been prosecuted for his violence and has only occasionally visited rehab.

*That is obviously sarcasm for those inclined to stalk me.