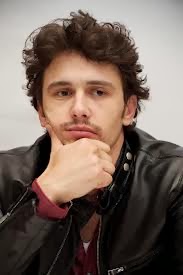 James Franco has been on my #DickheadDetox list for months. I just haven’t quite had the time to research all the shit he’s done over the years which are misogynistic.

Today,  I read a review Franco wrote of the movie 12 Years a Slave. The review includes this phrase:

“she is fully aware of the affair he carries with his slave, Patsy”

Franco might want to ask for a refund from his grossly over-priced Ivy League education since he is clearly too stupid to understand the difference between rape and an “affair”. At least, I’m going to pretend he’s too stupid since an intelligent, well-educated man who isn’t a rapist couldn’t possibly mistake rape for consensual sex.

Plus, there is that slight problem with racism in his review of the film but he’s a rich white dude so I’m sure that’s not really a problem or anything.

So, James France joins the #DickheadDetox for reinforcing rape culture.