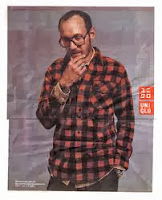 Terry Richardson’s status as a sexual predator is well-known. Jezebel ran an article in 2010 detailing Richardson’s quite clear sexual harassment and assault of model Jamie Peck when she was only 19 years old:

When she [Peck] said she wanted to keep her underwear on because she was menstruating, Peck says Richardson asked her to take out her tampon so he could play with it, and make “tampon tea.” He insisted on being called “Uncle Terry,” and during their shoot, Richardson unexpectedly stripped naked.
“Before I could say ‘whoa, whoa, whoa!’ dude was wearing only his tattoos and waggling the biggest dick I’d ever seen dangerously close to my unclothed person (granted, I hadn’t seen very many yet).” In Peck’s words, Richardson eventually “maneuvered” her over to a couch in his studio, where he “strongly suggested I touch his terrifying penis.” When he ejaculated, one of his assistants gave Peck a towel.

The Globe & Mail, Jezebel and NYMag have all covered his predatory behaviour. His well-known quote “it’s not who you know, it’s who you blow” has been doing the rounds of the media for years. All of his images are of pornified bodies of young women who pass the patriarchal fuckability test.

The comments in this article on Jezebel are very interesting: apparently, Richardson only takes photos of young, white models. I am not familiar enough with Richardson’s work to take a formal stance but a quick five minute google does suggest that most of the models in Richardson’s work are white. Is this Richardson’s personal preferences or a reflection of the systemic racism with the fashion industry which privileges an image of beauty that most women can never attain but that no WoC will ever manage? Either way, it is still racism.


Yet, Anna Wintour “loves” his work. He’s shot for pretty much every major fashion magazine and designer. He’s clearly a sexual predator and the fashion industry [and Hollywood] have colluded in his sexual harassment and assault of vulnerable young women for the entirety of his career.

I hope that the fashion industry will take some responsibility for the very young women they have allowed to be abused and harassed by Richardson and stop using his work. At the very least, Barack Obama probably has enough clout to have someone who isn’t a sexual predator take his picture. 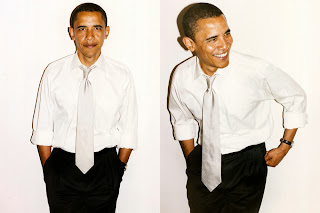 Oh, and whatever you do, don’t google images of Richardson without a filter. He takes a lot of photos of his penis.