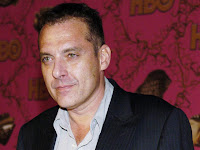 2010: Arrested for domestic violence
2009: Arrested for an outstanding narcotics warrant
: Sued for outstanding child support owed for twin sons born in 2005
2007: Jailed for violating his probation in a drug case
2004: Sued for sexual harassment
Drug conviction and numerous stints in rehab
2003: Found guilty of domestic violence, criminal threats, vandalism and
making obscene and harassing phone calls against then partner Heidi
Fleiss. He was sentenced to 6 months in prison, rehab and anger
management classes.
2002: Arrested for alleged battery

When will male violence and its relationship to drug abuse start being taken seriously? Substance misuse is frequently involved in violence against women and, yet, it is always the substance misuse which is considered most important. Prison may not be the best place for those with substance misuse problems but when it comes down to one violent man versus the safety of women, I’m always going to be on the side of prison despite believing that prison is not the best solution to the problem.

Until we start taking male violence seriously, I am always going to put the safety of women and children first. A radical reform of the entire judicial system is necessary, as is a complete restructuring of prisons. After all, Sizemore only received 6 months in jail for his serious assault on then-partner Heidi Fleiss and the subsequent harassment and stalking. Perhaps if that had been taken seriously, then his years of substance misuse and VAW would not have happened.