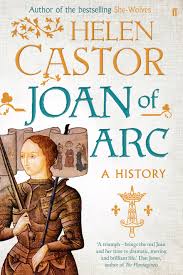 I was disappointed by Castor’s Joan of Arc but only because I had not realised what it was Castor was writing. I wanted to read a biography of Joan and chose Castor’s book simply because I absolutely adored Helen Castor’s She-Wolves: The Women Who Ruled England Before Elizabeth. It was historically accurate, as well as imaginative. There is so very little writing left by the women Castor profiled that any biography would be contingent on teasing out finely spun threads within the misogynist writings of those around them. 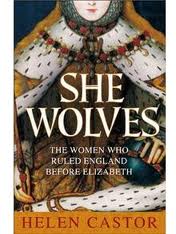 Castor’s Joan of Arc is the contextualisation of Joan within the history of Europe. It is about the France that existed in Joan’s beliefsIt contains little of Joan’s own dictated letters or chunks of testimony from the trials. As I wanted to read more of Joan, I chose to read The Virgin Warrior: The Life and Death of Joan of Arc by Larrissa Juliet Taylor next. The Virgin Warrior contained more direct testimony of Joan but engaged in the hero-worship that Castor was arguing against. Equally, without having read Castor’s book I would not have been in a position to understand the historical context in which Joan was living. I knew the basics of the 100 years war and the various Henrys running about, but not enough about the political situation. Taylor’s text in focussing more on Joan does not contextualise her life and accomplishments within the greater political scene.

I suppose what I really wanted was a history of Joan of Arc that traced the myths as well as the history – rather like Bettany Hughes utterly brilliant Helen of Troy. Whilst I haven’t found that (and I’m always open to recommendations). Castor’s text is a well worth the read. She’s funny, sarcastic, and accurate – a skill set not many historians have. I love the way Castor challenges historical orthodoxy whilst making it clear that how we interpret history actually erases the lived experiences of those we are writing –  making Joan a “legend, icon and saint” but no longer a young girl. Instead, we label Joan schizophrenic without recognising the reality of faith during Joan’s life where talking to saints was considered a gift – not a curse. Castor made Joan real – and that is an essential rewriting of history. 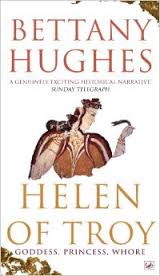 And, because there is never a moment when Horrible Histories isn’t a good plan: