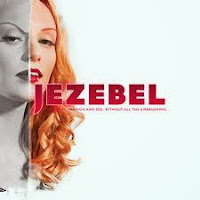 I’ve been busy all week so I missed this truly spectacular piece of humanity in action. I’m not surprised people think this is funny; after all Bradley Wiggins thought it was oh-so-hilarious to suggest someone “suck me off” at a Barnado’s charity dinner. I’m hardly shocked some entitled fool on Twitter thought it was hysterically funny to harass an already distressed woman trapped with him on a plane. I’d like to say I’m shocked and surprised that Jezebel thought it was funny enough to link but I’m not. Participating in the public humiliation of women being an anti-feminist act has somehow passed them by completely. Jezebel has moments of absolute brilliance but they frequently resort to lazy stereotypes about women – and that’s without getting into the whole hiring the obviously abusive Hugo Schwyzer.

Jezebel supporting a man publicly humiliating and sexually harassing a woman who was upset is disgraceful.

What Elan Gale did was not funny and it wasn’t clever. It was the exact same manipulative and abusive behaviour women experience from men on a daily basis. Sending a woman alcohol when they are trapped on a plane with you isn’t a compliment at the best of times; sending a woman, who is in distress, alcohol to wind her up is shitty behaviour. Naming her, taking photos of her seat and then tweeting out a description of her is frightening behaviour. Telling a woman to “eat your dick” is sexual harassment. Frankly, if I were in this situation, I would assume the man was a sexual predator and I would be scared shitless on the plane. Gale’s “defence” of his behaviour, by suggesting it’s the woman’s fault for being annoying, is classic deflection and victim-blaming. It’s precisely the defence I would expect of a man with a history of violence against women.

It’s obvious the woman on the flight was upset and distressed at missing Thanksgiving. And, come on, we’ve all been there. We’ve all been distressed, angry or whatever and taken it out on someone who didn’t deserve. It’s not acceptable but it happens. And, yeah, as a teenage single mother, I’ve been in those dead-end jobs where people shout at you for things which are neither your fault nor something you have control over. I still remember being 15 and working in an in-store bakery in a huge grocery chain and a woman yelling at me for 20 minutes because our hot cross buns didn’t taste like her grandmothers. Did it make me feel like crap? Yup. Hell, if it didn’t, I probably wouldn’t remember it. It’s also the least abusive shit I’ve had to put up with at work (try being a teenage girl in a bakery for constant sexual harassment from customers who think they are the first person EVER to make a joke about buns and your ass).

A passenger on a plane being in distress and annoying the flight attendants (and other passengers) isn’t uncommon. It’s the number one reason why I believe alcohol should be prohibited on planes and trains. But, no matter how inappropriately someone behaves through distress, it is never acceptable to publicly humiliate, abuse and sexually harass them.

What Elan Gale did was clearly abusive. He targeted a women in distress and harassed her. Repeatedly. He made a threat of sexual violence and then he followed her off the plane to harass her further. The flight attendants were complicit in allowing him to further abuse this woman. She was a victim and the male flight attendant supported the abuser.

Shame on the flight attendants who colluded in helping a male passenger abuse a distressed woman.

Shame on Jezebel for claiming that the abuse of women is hilarious.

And, shame on Elan Gale for being an abusive asshole.

Comments: My policy on comments is here. If you get deleted for abusive or offensive comments, you lose the right to have any comments kept on this blog.