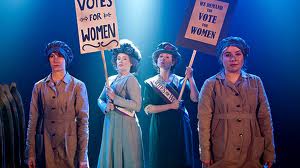 I had completely forgotten I wrote this response to a dreadful piece in the Huffington Post on the “Modern Face of Feminism“. I wrote the rant in my joural whilst on the train to the best feminist weekend I’ve ever had [soon to be published as RadFem Couch Surfing]! It’s a month late but I’m still so cranky at it so I’m publishing it anyways:

This is the delightful conclusion to a rather dire attempt to start a debate on what it means to be a feminist in the newly emerging 4th wave [if you actually believe this is a thing]:

Modern-day feminism has multiple facets – from populism and pop culture to new-media and new activism – but it would seem the common denominator is inclusivity. No longer the preserve of extreme activists and intellectual theorists, feminism is shedding its stigma and going mainstream.

Were suffragettes extremists for fighting for the right to vote? They were certainly labelled as such a 100 years ago. Feminists fighting for the Equal Pay act were considered as extremists by many, as were the feminists campaigning to raise the age of consent to protect children from adult male sexual predators. Hell, Caroline Criado-Perez has been described as an extremist for forcing the Bank of England to recognise already existing legislation. I can’t quite work out what ‘extreme’ means when campaigning to force the government to recognise its own legislation.

What makes an activist an “extremist”? Is it their methods of activism or their goals? Who gets to decide what feminist activism counts as extremism? The men who denied women suffrage? The men who created a legal system which didn’t recognise rape in marriage since women’s number one duty as a possession was to fulfil their husband’s every ‘need’.  If feminists are extremists for fighting for the legal rights of women within the law, what does that say about our culture? Why are still perpetuating damaging myths labelling feminists as “extreme” when feminists have never campaigned for anything more than the legal recognition that women are human too and deserve to live a life without being subjected to male violence.

As for the brief snide attack on feminist academics and theorists, well, that was clearly written by someone who hadn’t bothered to read much of their own university required reading. A lot of academic writing is drivel: see almost every book on history written by white men and pretty much the entire genre of post-modernism which seems to be predicated on an inability to use words with less than 7 syllables. Feminist academics are researching domestic violence, rape, women’s history, genocide, maternal mortality. They aren’t exactly The New Adventures of the Famous Five and I’m not sure the Dr Seuss’ Tales of Women’s Experience in Genocide is, shall we say, the kindest way to write about women’s lived experiences.

I honestly get so bored of these articles on feminism which are either shrieking about how we live in a post-feminist world [because 2 women a week in the UK who are murdered by their male partners don’t count at all] or are yowling about a New Wave of Feminism. It would be nice if the media stopped publishing this drivel as “news” and started publishing factually-correct articles on feminism. It’s not like the Huffington Post would have to look hard for great feminist writers. They’ve already got Soraya Chemaly.


So, I’m proud to be an Extremist Feminist Activists since I believe that universal suffrage and whiny men no longer being allowed to treat their wives and children as chattel are, you know, positive improvements in humanity.