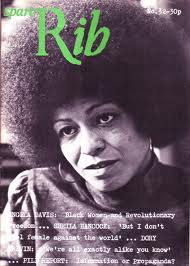 It’s another week so, obviously, we have yet another article in the media explaining how feminists are doing it ALL WRONG. This week’s rather unpleasant and spiteful article is by Sophie Wilkinson in the Guardian. Ostensibly this article is about the return of feminist magazine Spare Rib under the leadership of journalist Charlotte Raven. I say ostensibly because Wilkinson has used Spare Rib to take a swipe at pretty much any feminist who isn’t her.

I cannot emphasise enough my loathing of the “you aren’t doing feminism right” brigade. I’ve got a couple of basic rules for feminism: the most important is that we don’t replicate the hierarchical, hyper-masculinity of the Capitalist-Patriarchy and that we support one another. Basically, this means we shouldn’t act like bucketheads. Now, I get that I’m guilty of the “this isn’t feminism” argument but I only say that when women insist on belittling, denigrating and generally insulting other women. That simply is not feminism.

Feminism is a political theory to liberate all women from the Capitalist-Patriarchy. We are not all on the same path or at the same point but we share a common goal. The feminism we practise is conditional on the practicalities of our personal lives: childcare, disabilities, family commitments and the basic need to pay the rent impact on the exact nature of our feminist activism. Some feminists are online warriors fighting misogyny and cultural femicide, others have public platforms and even more are involved in grassroots, on the streets feminist activism. The thing is: none of these is more important than the other. We need The Bristol Women’s Literature Festival as much as we need Rape Crisis centres, the welfare state and the Fawcett Society.

Feminism is more than one magazine; it is more than one woman’s voice. Feminism has long been criticised for reflecting only a white, middle, class heterosexual construction of the world. This isn’t necessarily an accurate reflection of the Grassroots activism of feminists, although it is certainly true for feminists with a public platform. The Internet has given more feminists a voice. Blogs, Facebook and Twitter have become sites of a resurgence of feminist activism. And, yes, we don’t all agree with one another. We all have different ideas of what is the most important thing to be campaigning about. The point is that we are sharing our ideas, our thoughts and our campaigns in ways that simply weren’t possible 20 years ago. This may give rise to more areas of conflict but no movement should be without critical engagement.

What we should be doing is debating in constructive manners without resorting to personal insults or joining the MREs to silence women we disagree with. We should be using the opportunities the Internet gives us to share our stories and listen to our sisters. We should be learning from one another to improve grassroots activism. But, Wilkinson isn’t doing that. She’s just taken a new opportunity to belittle other women for not being a good enough feminist. Ironically, she’s done exactly what she’s complaining other feminists do: belittle without cause.

Here’s the thing: the new Spare Rib could be complete and unrelenting twaddle. It could also be brilliant. How about we wait until it’s at least published something before we hit the barricades making snarky comments and trashing our sisters.

2 thoughts on “So, Feminists are doing it wrong. Again.”