The most common criticism of radical feminist theory is that we are gender essentialist because we believe that women’s oppression, as a class, is because of the biological realities of our bodies. The assumption that radical feminists are essentialist is based on a misunderstanding of radical feminist theory, which starts from the definition of “radical” itself. The term “radical” refers to the root or the origin. It is radical insofar as it contextualises the root of women’s oppression in the biological realities of our bodies (sex) and seeks the liberation of women through the eradication of social structures, cultural practises and laws that are predicated on women’s inferiority to men. Radical feminism challenges all relationships of power that exist within the Patriarchy including capitalism, imperialism, racism, classism, homophobia and even the fashion-beauty complex.

Radical feminists do not believe that there are characteristics that are uniquely male or uniquely female. Women are not naturally more nurturing than men and men are not better at math. Gender is not a function of our biology. It is a social construct created to maintain unequal power hierarchies. The conflation of sex with gender is another common misunderstanding of radical feminist theory. Sex is the reality of your body with no negative or positive characteristics attached to it. Gender is a social construct that privileges men/ masculinity above women/ femininity. Radical feminism is accused of gender essentialism because we recognise these power hierarchies and seek to destroy them. We do not, as frequently suggested, believe these are natural. It is a silencing tactic.

Women’s oppression as a class is built on two interconnected constructs: reproductive capability and sexual capability. Gender is created to grant men control over women’s reproductive and sexual labour in order for men to profit from this labour: whether this be unpaid labour within the house, in public spaces and childbearing/ rearing. Or, in the words of Gerda Lerner in The Creation of Patriarchy, the commodification of women’s sexual and reproductive capacities is the foundation of the creation of private property and a class-based society. Without the commodification of women’s labour, there would be no unequal hierarchy of power between men and women fundamental to the creation and continuation of the Capitalist-Patriarchy.

When radical feminists use this language of reproductive and sexual capability, we are derided for failing to include women who cannot get pregnant or who do/ do not experience sexual violence. Radical feminism is not about the individual but rather the oppression of women as a class in the Marxist sense of the term. Rape is used as a weapon to silence women as a class. It does not require every woman to be raped to function as a punishment. The threat therein is enough. Equally, the infertility of an individual woman does not negate the fact that her oppression is based on the assumed potential (and desire) for pregnancy, which is best seen in discussions of women’s employment.

There are countless studies that discuss men’s refusal to hire women during “child-bearing” years despite not knowing whether or not that individual woman can conceive or carry a foetus to term (or the fact that it’s illegal to discriminate against women for pregnancy in the first place). It is the potential for pregnancy, which is used as a way of controlling women’s labour: keeping women in low-paying jobs and maintaining the glass ceiling. Constructing women as “nurturers” maintains the systemic oppression of women and retains wealth and power within men as a class.

Just this week, New Hampshire state Rep. Will Infantine (R) has stated that women deserve to be paid less than men because men work harder. The Equal Pay has existed since 1970 and yet women are still consistently paid less than men based on gendered assumptions about the value of women’s work. This is without investigating the intersections of racism, classism and misogyny, which result in women of colour being paid substantially less than white women for similar work.

Even something as basic as a company dress code is gendered to mark women as other. Harrods requires women staff members to wear make-up – a fact that became public when former employee Melanie Starkcomplained to the press about being hounded out of her job. British Airways requires all new recruits to wear skirts because women cannot be expected to look professional whilst handing out meals and pillows in trousers. High heels are frequently required as part of a ‘professional’appearance for women despite the fact that they cause permanent damage to women’s feet and lower limbs.

Women working in the service industry are frequently required to wear clothing that accentuates external markers of sex, particularly their breasts. On the other hand, breasts displayed for the purpose of feeding an infant are considered a disgrace to basic human decency. Sexual harassment is endemic, particularly in the workplace, yet women are punished if they do not attend work in clothing that is considered “acceptable” for the male gaze. The use of women’s bodies to sell products further institutionalises the construction of women as object.

In the UK, two women a week are murdered by former or current partners. Male violence is a major cause of substance misuse, self-harm, and homelessness in women. We know that women are the vast majority of victims of domestic and sexual violence and abuse. And, we know that men are the majority of perpetrators, yet we talk about “gender-based violence” as if men and women were equally perpetrators and victims. Radical feminist theory requires naming the perpetrator because it requires understanding and challenging hyper-masculinity within our culture which results in violence against women, children and other men.

Radical feminism does not believe there are male/ female brains or that there are characteristics and behaviours that are innately male/ female. We believe that socialisation creates gender with the express purpose of maintaining current power structures. And, this is why radical feminism is so dangerous to the Capitalist-Patriarchy: we seek to destroy rather fiddle with the margins. 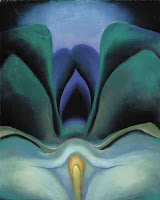 Naomi Wolf’s got a new book out about her vagina. I’m not a fan of Wolf to begin with as I think she’s an essentialist who confuses sex and gender under the guise of “feminism”. And, that was even before she started in on the “Assange is the Second Coming and therefore can’t be a rapist” shite. The kindest thing I can think to say of Wolf is that she’s a great self-publicist; although having read her book on motherhood it’s not really a kind statement to make. But, how can you be nice about someone who writes a book about what its really like to give birth in the US but who doesn’t get that their experience as a privileged white woman WITH HEALTHCARE is completely different to huge swathes of American women. Wolf just doesn’t get how unrepresentative her experience is and doesn’t get how foolish she sounds when making up shite about archaeology and neuroscience. The fact that Esquire thinks she’s “out-of-touch” just demonstrates how utterly ridiculous Wolf is. Even the MRAs think she’s a joke.*

I haven’t even read Wolf’s book [and have no intention to as I still want back the 3 hours it took me to read Misconceptions] but this discussion about her vagina has come out at the same time as I’ve been reading Monique Roffey’s With the Kisses of His Mouth: A Memoir. I loved Roffey’s The White Woman on the Green Bicycle. I am not loving her memoir. It started off as a brilliant discussion of the destruction of her relationship following her partner’s affair and the beginning of her new life. I’m only half way through it and its veered off into support of tantric sex. This obsession with the male penis validating women’s sexuality is just depressing.

The vitriol with which Wolf is being attacked is partly because of the bad science but it’s also because the book is about female sexuality. If there is one thing the Patriarchy loathes, it’s women discussing their bodies and their sexuality [both in theory and practise]. Women having honest conversations with one another about how they achieve orgasm or whether or not they masturbate or even if they have ever had an orgasm shifts the Overton Window. It makes the pornographication of society more evident. We need more women speaking about sexuality, both personally and theoretically. Unfortunately, Wolf chooses to universalise her experience and try to validate it under some very suspect science. Roffey’s memoir is far more honest since it is her personal journey. I just wish her journey involved loving herself more than it does about finding sex. Or, maybe that’s what bothers me so much about it. I will finish Roffey’s With The Kisses Of His Mouth but first I’m reading Margaret Atwood’s Moral Disorder. Sometimes, Atwood is the answer to every question. And, right now, I’m questioning a lot of things which I took as read even three months ago.

* Here, I am being maliciously unkind to a purpose. Actually, I think the very valid criticisms of Wolf’s book have been buried under a load of misogynistic twaddle but more about that later.

This is an EU Initiative to encourage girls into science. Its’ a video involving 18 year old models in skintight clothing, wearing ridiculous shoes, crawling about on their bellies for a tube of lipstick. Because nothing says science more than sexualising a bunch of teenagers and making them look desperate for lipstick: the one thing guaranteed to bring them wealth, success and happiness.

It’s just all kinds of awful. It’s the kind of campaign one would expect from 14 year old boys who have never had a date. Or, a stupid misogynist who actively hates women and doesn’t think women can be scientists. Because there is no excuse for this level of misogyny to be made by an organisation who are charged with breaking gendered stereotypes. All this does is reinforce the same patriarchal bullshit which assumes that women are nothing unless they are fuckable; even if they are geniuses like Rosalind Franklin [DNA and who was not awarded the Nobel Prize because she passed away several months before the ceremony], Marie Curie [the first person – and not just one with a vagina – to be awarded two Nobel prizes in chemistry and physics] or, you know, every freaking woman on the planet [and in space] currently working with the field of science in physics, chemistry, archaeology, paleo-bottany, AIDS research and on and on and on and on and so forth.

I do like the inclusion of the fuck me heels: you know the ones which cause exactly the same damage to women’s feet as the [now banned] practise of Chinese footbinding. An activity roundly condemned for its misogyny and the actual physical, debilitating harm it caused women. But, now, roundly hailed as a sign of a really fuckable woman in “Western culture”. Because nothing says “fuck me” like deliberately physically destroying one’s body for the pleasure of someone else.

I could complain all day about the minutiae of this video but, instead, I think everyone needs to watch the Unofficial Response To EU Misogyny: Because It’s Brilliant.

Also, this video is so clearly an example of cultural femicide. So much so, that I expect the Girl Guides will be writing snotty letters to the EU next week.

Have to add this because it’s genius: This is what a Scientist Looks Like

Hilariously, the original video link has been removed from Youtube. I’m guessing because of all the negative comments underneath so this is a new link.