Within hours of the bombing at the Ariana Grande concert in Manchester, people across social media were sharing images of those who were declared missing. Some of these were shared by family and friends who knew girls and women attending the concert, but who had not yet heard whether they were safe. These images were also being shared by those wanting to help – a desire borne out of genuine kindness. Unfortunately, by early Tuesday morning, media were already reporting that some of the images being shared were of people who were not at the concert. One of the first images we saw when we logged on to Twitter was of Nasar Ahmed, who died in November from an asthma attack at school. We immediately tweeted out asking people not to share images of children declared missing unless they knew that the source is real. At that point, we didn’t know the scale of the spiteful and cruel trolling. Then we were informed that another image being shared was of Jayden Parkinson who was murdered in 2013 by her boyfriend, who had a history of domestic violence. In the end, multiple false images were being shared; many of which originated from a thread on reddit where men were encouraging each other to deliberately and maliciously harm the families and friends of victims with ‘fake news’.

END_OF_DOCUMENT_TOKEN_TO_BE_REPLACED

I don’t know Helen Lewis. I can count on one hand the number of times I’ve tweeted her. Yet, for the second time in as many weeks, I find myself once again defending Helen online. I don’t agree with everything Helen says, but frankly,  I don’t agree with myself 100% of the time. It would be utterly bizarre to agree with a complete stranger that well.

For all I know Helen could be a secret fan of Justin Beiber: worthy of ridicule most definitely. Nothing any woman does, including being Margaret Thatcher, is worth the misogynistic bullying which Helen receives online. I’ve said this before, but if you think its okay to call another woman “fucking scum”, you aren’t a feminist.

If you call another woman “a vicious rancid bitch”, you need to revue the basic tenets of feminism.

It is not feminism to use misogynistic language against other women.

It is not feminism to use threats of violence against other women.

It is not feminism to use abusive and bullying tactics against other women.

We may never all agree on what a real feminist looks like but they aren’t ever going to be women who treat other women the same way abusive and violent men treat women.

It is not feminist activism to stalk, harass, bully or intimidate other women online. If you can not speak to other women without resorting to abusive language, then you need to do a little bit of self-reflection. Or, take up yoga. Or, eat some donuts. Just something to deal with your anger issues because this isn’t normal behaviour for adults; never mind feminists.

The tweets below are from Helen Lewis’ tumbler account 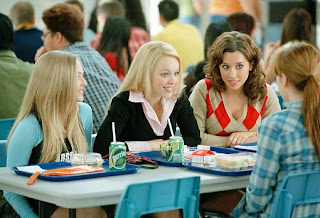 I have been debating writing this ever since I saw Sadie Smith’s piece “There’s no Point in Online Feminism if it’s an exclusive Mean Girls club” in the New Statesman. I didn’t like Smith’s piece because I think she went for cheap tabloid journalism. I find the use of “Mean Girls” a tired cliche which ignores the very real problem of male violence online. It ignores the death threats, the rape threats and the general threats of public outing that men make when they disagree with women online. Make no mistake, male violence is the real problem online.
That said, Smith also has a point. There is a problem on twitter, as well as Facebook, where women are attacking other women using the same misogynistic language as MRAs but claim they are justified in doing so because they are “feminists”. It’s the same silencing patriarchal bullshit that MRAs use but, apparently, we’re supposed to pretend it doesn’t happen because feminists can’t ever be mean or bullies.
Well, I think that’s bullshit. In fact, the worst bullying I’ve experienced in my life, and I’ve experienced a lot, has come from women who self-define as radical feminists. They are in no way, shape or form representative of radical feminists. Personally, I think they need to revisit radical feminist theory and remind themselves that sisterhood does NOT involve trashing the academic work of another woman because you are jealous. I still feel guilty about not stepping up more and supporting my friend. I know she would say that I did but I don’t think I did enough to defend her.
Until now, I have not posted publicly about such incidents because I think it comes under the heading of “airing one’s dirty laundry in public.” As a consequence, I have found myself removed from Feminist FB groups and unfriended by other women. It hurts a lot. This is why I’m so incredibly strict about not calling other women abusive names or using misogynistic language when I disagree with them. I don’t always succeed in this but I do try and, hopefully, I’ve apologised every time I’ve failed at this.
I don’t like it when women resort to name-calling and misogynistic, disablist language to make a point. It’s childish.
And, yes, I get that this sounds remarkably like tone policing. But, you know what, we could do with some sodding tone policing. A little bit of kindness wouldn’t go amiss once in a while. Frankly, twitter could do with a whole lot of tone policing.
I’ve actually been in two minds as to whether or not to write this because I’ve been afraid of the backlash. I’ve been afraid of the insults. I’ve been afraid of the abuse for expressing my opinions.
Frankly, I’m angry now. I’m angry at being silenced by women who claim to be feminists. I’m angry at women telling other women what to think and what to say.
I’m also saddened by the number of women I know who have left Twitter because they find these mobs triggering. I’m saddened that women who self-define as feminists don’t recognise just how triggering other women find misogynistic language.
I’m bored of feminists suggesting we ignore someone’s clearly abusive behaviour because they are women. That we shouldn’t ever call someone on abusive behaviour in case they were hurt themselves. Well, what about the people they are attacking? Maybe they are vulnerable too. Why is it we have to ignore the attacker because we can’t possibly hurt their feelings without any consideration whatsoever for the person being attacked.
As I said this morning on Twitter, I will be automatically blocking anyone who refers to another woman as “fucking scum”. Calling someone “fucking scum” isn’t a feminist act. It’s a silencing tactic. It’s exactly the kind of abusive language men use and any feminist who doesn’t recognise that needs to rethink their feminism.
I never tell other women whether or not they can self-define as feminist as I think its inherently unkind. But, calling other women “fucking scum” is simply not feminism. It’s certainly not a feminism I want to be part of.
We do need to call one another out when we are saying something offensive or have clearly not seen our privilege but there are ways of doing this without resorting to the same old misogynistic language and silencing other women.
And, calling another woman “fucking scum” is the wrong way to do feminism.
So, can we all stop attacking one another and go back to focusing on the real problem online: male violence.
Bit of a Clarification: I wrote this earlier in response to witnessing a queer feminist calling a RadFem blogger “fucking scum” on twitter. With the exception of the incident I personally experienced, I have never seen RadFems attack other women with such misogynistic language and in my case they did not use misogynistic language. It was, nonetheless, bullying behaviour. I do not want this piece to be seen as an attack on RadFems, nor will I name the two bloggers involved in the incident this morning (although I am sure many people know of the incident). My point is a general one: this type of language is harmful and damaging.
We can not liberate women whilst using the very same language that oppresses us.