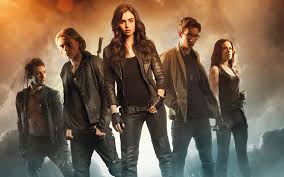 Apparently, I’m one of the only few people who enjoyed the film Mortal Instruments: City of Bones. Based on the YA fiction books written by Cassandra Clare, the film is about Clary who, on her 16th birthday, discovers she isn’t a normal girl but a shadow hunter – born to fight demons. Being YA fiction, there is the usual love story between Clary and the boy who saves her life, Jace. But, at it’s heart, City of Bones is a book about a group of teenagers fighting to save the world whilst dealing with friendships and love. All are brave, intelligent and loyal. And the two female characters, Clary and Isabelle, are both kick-ass fighters. Granted, its all a bit silly and escapism but, as the new Ghostbusters film has shown, girls want to see more films with brave girls. Not less.

This is why the new television series being shown in the UK on Netflix is such a disappointment. Much was made by the producers of having more space in which to be creative with the source material – something that definitely required better writers than they’ve hired (teenage boy in lust with teenage girl: “you’re so interesting” said no boy ever.) Instead of having two brave girls, they’ve gone with a much more whiny Clary and, most appallingly, Isabelle is no longer a brave shadow hunter equal to the boys. She’s a sex kitten who spends most of her time naked or having sex. Shadowhunters is aimed at an older audience so sex isn’t a problem. It’s the fact that the only person, out of all the main characters, who is having sex is the girl. And, not just having sex but her form of fighting demons involves being sexual.

This is Isabelle Lightwood in the film 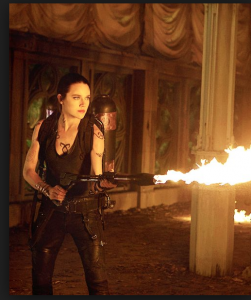 This is Isabelle Lightwood in the Netflix series – going into battle against vampires who outnumber them 10 to 1. 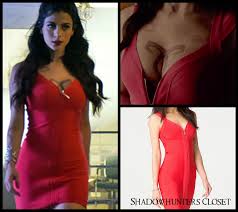 Everyone else is dressed for battle in black leather. 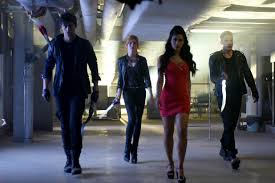 Isabelle is in kitten heels and a tight red dress – one she’s just put back on covered in fairy dust having had sex with said fae to find out how to enter the vampire’s lair. Because, despite having access to a IT department that would make Apple jealous and, therefore, access to city planning information, the only way to discover how to enter the vampire’s clearly marked out lair through abandoned subway tunnels is for Isabelle to writhe around a bed half-naked with a random fae dude – something none of the boys are expected to do. 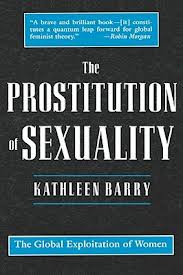 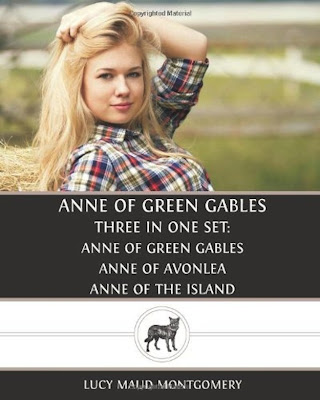 This is the new cover of Lucy Maud Montgomery’s children’s classic Anne of Green Gables. You remember Anne: a redheaded, 11 year old orphan who hates her hair and who is sent to live with Matthew and Marilla who wanted a boy; a girl who spends the first two books learning to love herself both as a female and one with a red hair. At least, it’s been a while since I’ve read the book but I definitely remember Anne being a redhead and a child; not a retro-Playboy centrefold. I definitely don’t remember Anne rolling about in a haystack like a supporting body in Dukes of Hazzard. Being 7 am, I have taken the liberty of checking with Wikipedia  to make sure I’m not completely out-to-lunch with this. They’re pretty sure Anne is supposed to a redheaded child too. Now, I do know that Wikipedia isn’t always the most accurate source of information but even they can’t confuse a redheaded child with an 18 year blonde with breasts being posed in a sexualised manner.

Has it really come to the point that one of the best books written for girls by a brilliant author which has already sold more than 50 million copies and been translated into 20 languages needs to be repackaged as if the target audience is middle-aged men with a teenage girl sex fetish? Because, they’ve never struck me as the target audience for Anne of Green Gables. And, frankly, everything else in our culture is targeted at them. Why can’t girls have one book that doesn’t erase our lived experiences?

Why does everything have to reference a pornified, heteronormative sexuality?

Why do we assume young girls won’t want to read a book about another young girl, especially since 50 million of us already have, if she isn’t sexualised?

Anne should not pass the Patriarchal Fuckability Test.

She is a child; to pretend otherwise is disgusting and creepy.


This is the cover of the edition I have. Notice that Anne is both a redhead and a child; not a blonde woman being posed in a sexualised manner. 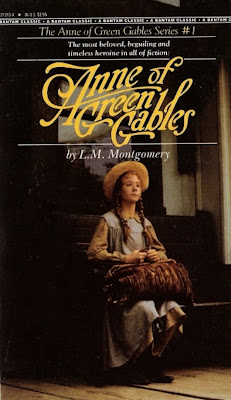 Plus, let’s be totally honest here, there is NO WAY Marilla would let Anne prance about in a boy’s shirt.
This is from the Mumsnet thread I started today. I thought it needed sharing:
FastidiaBlueberry Thu 07-Feb-13 12:04:17
Who is the publisher?

Any child buying this book is receiving the message that being a girl means being sexy before being anything else. Even if the words in the book say something completely different and don’t even talk about the need to be fuckable, the subliminal message is that even when you’re busy doing other stuff, sexy is where it’s at. If this goes on, it will almost be impossible to find pictures of female humans which don’t emphasise their fuckability above every other aspect of them. Are we to look forward to a representation of Hermione Granger suggestively holding her wand in her mouth, or near her arse or something, a la 50 shades? WTF?

Who the fuck thought it was a good idea, is the publishing house full of child-molesters or something?

I mean seriously, what possesses an otherwise normal person, to imagine that the best representation of an 11 year old red-haired girl with freckles (something the book is very specific about) is a sexualised picture of a teenager? There’s something actually quite sinister about this, what is wrong with the adults who authorised this cover? I really do think they should be forced to make a statement about why they felt it was appropriate to pornify the image of a child on a book whose target market is female children. It’s beyond disgusting, it’s actually amazing – as if peadophiles are working in the office and deciding the artwork and the normal adults there are accepting the paedophile view of the world, that every child is a potential fuck.

And of course, we’re all going to be told that we’re overreacting, it’s only a picture and it’s fine for 8 year old girls to be brainwashed in this way.

I clearly missed the module in my education degree which said that only perfect people were allowed to be teachers.

This is a horrible story. My sympathy is with Halas and not the slut-shaming, hypocritical arseholes who are preventing her from doing a job she was trained for. More importantly, I wouldn’t want my children to be taught by people lacking in both empathy and the critical skills necessary to engage constructively in our Capitalist-Patriarchy.

Yep, men can help cure breast cancer by participating in the degradation and objectification of women’s bodies. They can help cure breast cancer not by financially supporting cancer research but by financially supporting the rape and torture of women’s bodies. And, Pornhub is being totally generous with their campaign and are going to donate a whole penny for the  every thirty videos watched under the two channels “Big Tit’s” and “Small Tit’s”. That’s right 1 penny for every 30 videos. Call me cynical, but I’m guessing that that one penny won’t cut too much into their profit margins. Thankfully, the charity named on Pornhub’s media release, the Susan G Komen Foundation, have refused to take the donation.*

Meanwhile, here’s one more awesome way to save breasts: Touch ‘em! Men’s Health partnered with the charity Fuck Cancer, and we want you to pledge to be a gentleman. If you find something fishy on your favorite pair of breasts, you could save a life—90 percent of cancers are curable if caught in stage one. Click the image below and take the pledge to touch some breasts now!**

And, if the above doesn’t depress you, Men’s Health seems to be running a campaign with a charity called Fuck Cancer called Fuck Cancer: Touch Some Breasts which calls for men to take a pledge on Facebook to touch some breasts to help identify breast cancer in its early stages. Because a bunch of creepy men are so much likely to help identify breast cancer by grabbing their partners breasts. Their is actually no information easily visible on how to check breasts effectively or what the other signs of breast cancer might be so mostly this is just a cheap trick to abuse women’s bodies and tell them it’s for their own good.

Having read Men’s Health’s sex tips, I think it is safe to say that none of the staff are having sexually satisfying relationships with their partners. Well, they may be. I suspect their partners might be balancing their cheque books during coitus instead.***

* I may be over-using the word creepy here. It’s becoming somewhat of a habit. I promise to invest in a thesaurus tomorrow.

*** There was a link here. I have taken it out. They don’t need anymore aattention.

** Men’s Health has an article on words not to use during sex. I’m reclaiming coitus because they are too weird for words.


UPDATE: FeministCurrent has written about the problematic breast cancer campaigns here, as has I Blame the Patriarchy here.